This project has retired. For details please refer to its Attic page.

Apache Eagle (called Eagle in the following) provides capabilities to define user activity patterns or user profiles for Apache Hadoop users based on the user behavior in the platform. The idea is to provide anomaly detection capability without setting hard thresholds in the system. The user profiles generated by our system are modeled using machine-learning algorithms and used for detection of anomalous user activities, where users’ activity pattern differs from their pattern history. Currently Eagle uses two algorithms for anomaly detection: Eigen-Value Decomposition and Density Estimation. The algorithms read data from HDFS audit logs, slice and dice data, and generate models for each user in the system. Once models are generated, Eagle uses the Apache Storm framework for near-real-time anomaly detection to determine if current user activities are suspicious or not with respect to their model. The block diagram below shows the current pipeline for user profile training and online detection.

The following are some details on the algorithms. 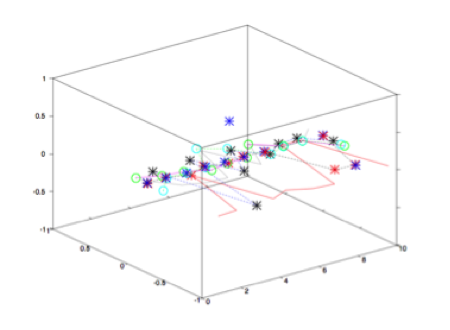